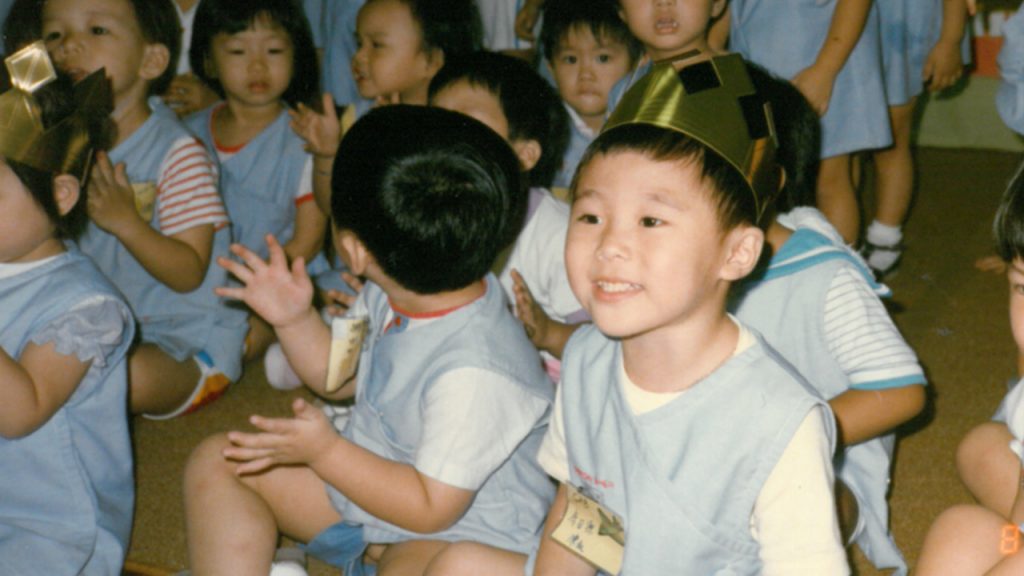 I studied at YCIS-HK for 13 years, enrolling at age two-and-a-half in Kindergarten and stayed until Form 5 (IGCSE completion), which was our highest grade level back then. Yew Chung, as my dear alma mater, will forever be a part of me, evoking deep emotions. My two sons are now also enrolled at YCIS-HK, in the Early Childhood section, so we are truly a Yew Chung Family.

Many have asked what attracts me the most to Yew Chung.I guess it is our unique culture and values. The long history of YC has created something special, something truly unique to us, which sometimes cannot be described in words, similar to that of human emotions and love.

For example, I recently when attending my son’s Sports Day, and was astonished and deeply moved to see my former school bus driver from over 20years ago, who is still serving YCIS to this day. There are many other familiar faces, like my former teachers who have now become Coordinators or Principals. For an organization to have so many long-serving and dedicated staff, it must be very special, and enjoys a high level of stability and trust. In addition, Yew Chung has another uniqueness as compared to other international schools, namely its ability to blend and balance Eastern and Western cultures and values, and still placing due emphasis on Chinese language and culture, which I greatly appreciate and admire. As a parent, I hope that my children will never forget their heritage and roots, regardless of where they may be in the future.

When I left YCIS in 1998, I went to the UK for further education, and later returned to Hong Kong and Fujian, joining my family business. I have also been actively engaged in various community groups, serving in the Y. Elite Association, Hong Kong United Youth Association, HKCPPCC Fujian Members Association Foundation, Fujian Youth Federation, and the Hong Kong Chinese Culture Development Association, etc.

Despite my departure from the school, I have still kept abreast of the latest developments of Yew Chung. I was very excited to learn of Dr Betty Chan’s founding of YCCECE, realizing the “B to B” (Baby to Bachelor) cycle. For a long time, I have greatly admired her educational philosophy and vision, and so I readily accepted her kind invitation to join the YCCECE Fundraising Committee, hoping to utilize my network and resources to contribute to Yew Chung’s development.

Having joined the Fundraising Committee, I have had the opportunity to meet people from various sectors, and realized that many are still unaware of the importance of Early Childhood Education. This may be that in our culture, we can be too results-oriented, focusing too heavily on traditional academic excellence in the upper years, and ECE can seem to be remotely relevant to ultimate success. However, a wealth of research has shown that this is a massive misunderstanding. Another major realization for me has been that the market demand for high quality Early Childhood educators is huge, not just in Hong Kong, mainland China, but also in Southeast Asia.

I have met some ambitious YCCECE graduates who aspire to establish kindergartens in their homecountries, likethe Philippines or other Southeast Asian countries. I wonder whether we can perhaps provide them with some financial resources and practical support, enabling them to realise their dreams sooner? If possible, once successful, such inspirational stories will be a great encouragement to us all, not to mention expanding the influence ofYCCECE.

Having said that, we must be patient when working in the education sector, and we have to give ourselves – and our students – a bit more time. We will continue toiling the soil, and patiently wait for the flowers to bloom. Join us on 13 October 2019 at 3pm for a good time and networking with fellow alumni!

“Always seek for something new, always ask questions and keep your mind fresh!” Let's hear out Crystal and her story about lifelong mentoring!

Adapting to a new environment, a new culture can be difficult, nevertheless it is a situation so common that each and every one of us may encounter in life. We are glad to have YCIS Shanghai alumnus, Kevin Rabe, share with us how he adjusted his mindset and how he overcame the difficulties!