The Circle of Love - A Parent Story 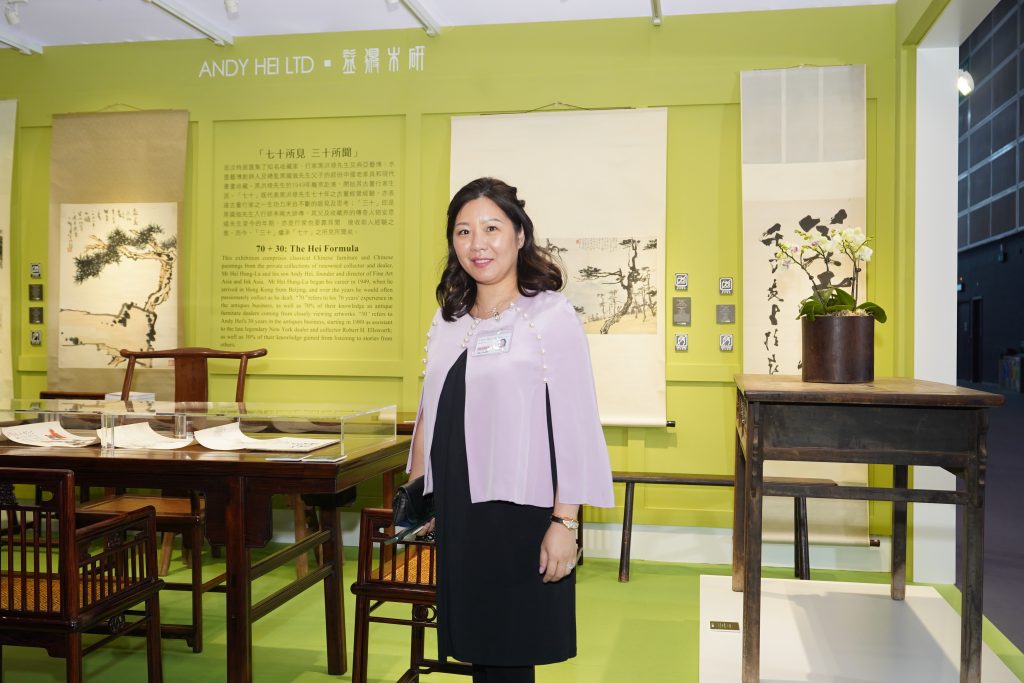 Susanna Lo’s story with Yew Chung started 12 years ago. She’s a Yew Chung mum, and a disseminator of love to society.

Like many parents, Susanna heard about Yew Chung from her friends. Both her son and daughter began their Yew Chung journey at a very young age. Her son is now in the UK and her daughter is still studying in Year 8. Apart from her role as a full time mother, she is also a volunteer in many performing arts organisations, and is a member of the YCIS-HK Secondary Home-School Co-operation Committee (HSCC), which is a bridge between parents and the school. These experiences have given her more opportunities to see the harmonious relationship between teachers and students, and truly understand the positive impact of a Yew Chung education on kids.

“Charity isn’t about pity; it is about Love” – Mother Teresa

Everyone has their own troubles. Susanna told her kids, “It is never about the misfortunes of others, nor how lucky we are. Everyone has different experiences, and it is im- portant to be able to help others while we have the ability to.” Sometimes a tiny act of ours will change a person’s life.

Susanna has always been involved in charitable activities whenever she had the opportunity. It all started with a TV interview she saw 10 years ago showing a two-year-old girl picking up paper boxes on the street to ease the burden of her family. Out of curiosity, Susanna called the organization who supported this little girl to hear more about the story and to learn more about this charity. After visiting their office Susanna had a better understanding of what they do, and without any hesitation she issued a 10,000 HKD cheque to see how the money will be spent. She was later shocked by the result, not only because of how much the money could do, but also from the problems other people might suffer from. She could never imagine the things we took for granted is a luxury to others. While we decide on which restaurant to eat at, or what clothes are trendy, there are others who are concerned about daily transportation to school or simple hygiene problems at the apartment. The 10,000 HKD Susanna generously gave made a huge impact on another person’s life by putting food on their table or providing light in their room. “I can’t imagine what kind of future is waiting for them if no one is willing to help, ” Susanna sighed.

“I think of this volunteerism as a cycle. Those who have benefited will most likely help others.” As Susanna said, “love will continue to pass on, and we will feel the love while spreading the love. This is something we can feel in Yew Chung, our alumni coming back to volunteer or helping other students to deal with their difficulties.
The same happens in Art Mentor, Susanna’s chartiable initiatives for performing arts and musicals. For example, the children sponsored in the previous musical will come back and help for the next musical. “The first step in starting a cy- cle is the key determinant of whether the cycle continues. We hope that those who are helped can enjoy and be happy while cherishing this experience, and thus they will be willing to share and deliver the love they have felt to others! At the same time, spreading love is never only about money, but to help those who are less fortunate become independent and confident.” said Susanna.

Up to this day, Susanna is still doing her best for society. At the same time, she also inspires people around her to par- ticipate only because “Doing good deeds together is happier!” Every year Susanna insists on visiting the elderly and children living in the partitioned flats. She also prepares dinner for the elderly and children to gather together during special occasions such as the Chinese New Year. This meal not only will bring them food, but also the chance for them to enjoy warmth and good company in a spacious area, something we take for granted but they cherish. “It is heart warming to see how we eventually become friends with all the neighbours. The time and experience here have become a beautiful memory we all share together. A little girl walked over and gave me a kiss. She told me later she’s really thankful for what I’ve done. It was this moment I felt the meaning of the meal. It seemed I had to do it every year from then on!” Susanna smiled.

Susanna’s advice for us is to create your own cycle of love. It can be with your family, school or community. It is an act that can change a person’s life and lets our love last forever!

David Beckham, one of the most talented football players is a role model for many of us; Perry is no exception. Though not a lot of us have what it takes to become a professional football player, Perry has his first step into the professional league, and he hopes to take sports to a whole new level and to bring more awareness of sports to Hong Kong!

I want to express my sincere gratitude to the Drs. Richard Charles and Esther Yewpick Lee Charitable Foundation for providing me with scholarship, which has gone a long way to relieve the financial stress on my family and I, especially my mother. It has not been easy for my mother to support two children on her own. This scholarship has allowed me to concentrate on my studies and be more actively involved in College life without a heavy burden hanging over me.